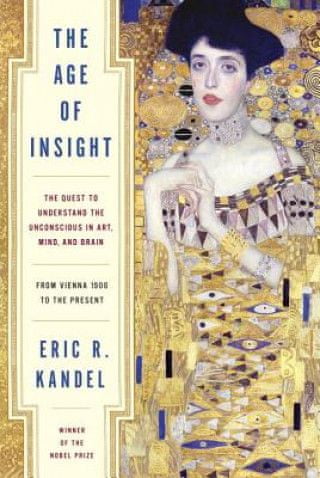 Številka: 100070060009
Partnerska prodaja
A brilliant book by Nobel Prize winner Eric R. Kandel, The Age of Insight takes us to Vienna 1900, where leaders in science, medicine, and art began a revolution that changed forever how we think about the human mind – our conscious and unconscious t .. Celoten opis
57,64 €
Vključno z DDV
48,70 €
-15%
Partner: LIBRISTO


Lastnosti knjige
Originalni opis knjige
A brilliant book by Nobel Prize winner Eric R. Kandel, The Age of Insight takes us to Vienna 1900, where leaders in science, medicine, and art began a revolution that changed forever how we think about the human mind – our conscious and unconscious thoughts and emotions – and how mind and brain relate to art.§§At the turn of the century, Vienna was the cultural capital of Europe. Artists and scientists met in glittering salons, where they freely exchanged ideas that led to revolutionary breakthroughs in psychology, brain science, literature, and art. Kandel takes us into the world of Vienna to trace, in rich and rewarding detail, the ideas and advances made then, and their enduring influence today.§§The Vienna School of Medicine led the way with its realization that truth lies hidden beneath the surface. That principle infused Viennese culture and strongly influenced the other pioneers of Vienna 1900. Sigmund Freud shocked the world with his insights into how our everyday unconscious aggressive and erotic desires are repressed and disguised in symbols, dreams, and behavior. Arthur Schnitzler revealed women's unconscious sexuality in his novels through his innovative use of the interior monologue. Gustav Klimt, Oscar Kokoschka, and Egon Schiele created startlingly evocative and honest portraits that expressed unconscious lust, desire, anxiety, and the fear of death.§§Kandel tells the story of how these pioneers – Freud, Schnitzler, Klimt, Kokoschka, and Schiele – inspired by the Vienna School of Medicine, in turn influenced the founders of the Vienna School of Art History to ask pivotal questions such as What does the viewer bring to a work of art? How does the beholder respond to it? These questions prompted new and ongoing discoveries in psychology and brain biology, leading to revelations about how we see and perceive, how we think and feel, and how we respond to and create works of art. Kandel, one of the leading scientific thinkers of our time, places these five innovators in the context of today's cutting-edge science and gives us a new understanding of the modernist art of Klimt, Kokoschka, and Schiele, as well as the school of thought of Freud and Schnitzler. Reinvigorating the intellectual enquiry that began in Vienna 1900, The Age of Insight is a wonderfully written, superbly researched, and beautifully illustrated book that also provides a foundation for future work in neuroscience and the humanities. It is an extraordinary book from an international leader in neuroscience and intellectual history.